Zadar has an option to acquire a 100% interest in the West Carswell project (8,157 hectares) which is situated on the west margin of the Carswell Structure, a multi-ring, roughly circular feature approximately 35 km in diameter that represents a “plug” of uplifted basement material (up to 2 km) within the Athabasca Basin boundary. The Carswell Structure is considered to be a meteorite-impact site or astrobleme. The Harrison Shear Zone is a regional fault/shear zone that forms part of the southwestern margin of the Carswell structure. The shear zone transects the northeastern part of the West Carswell project and is a significant target for potential uranium deposits. Historic exploration comprised airborne and ground electromagnetic surveys and diamond drilling. The electromagnetic surveys outlined a strongly conductive feature named the MP Anomaly (~ 4.3 km long E/W by 1.2 km wide N/S). Reconnaissance drilling of the MP anomaly intersected evidence of uranium mineralization in the form of fault and hydrothermal breccia zones, elevated to anomalous boron (9-316 ppm) in the sandstone, weakly radioactive zones up to 60 metres wide in sandstones at the unconformity, and haematitic and radioactive basement granitoid rocks. The geophysical surveys also identified electromagnetic conductors associated with the Harrison Shear Zone which have not been drilled. 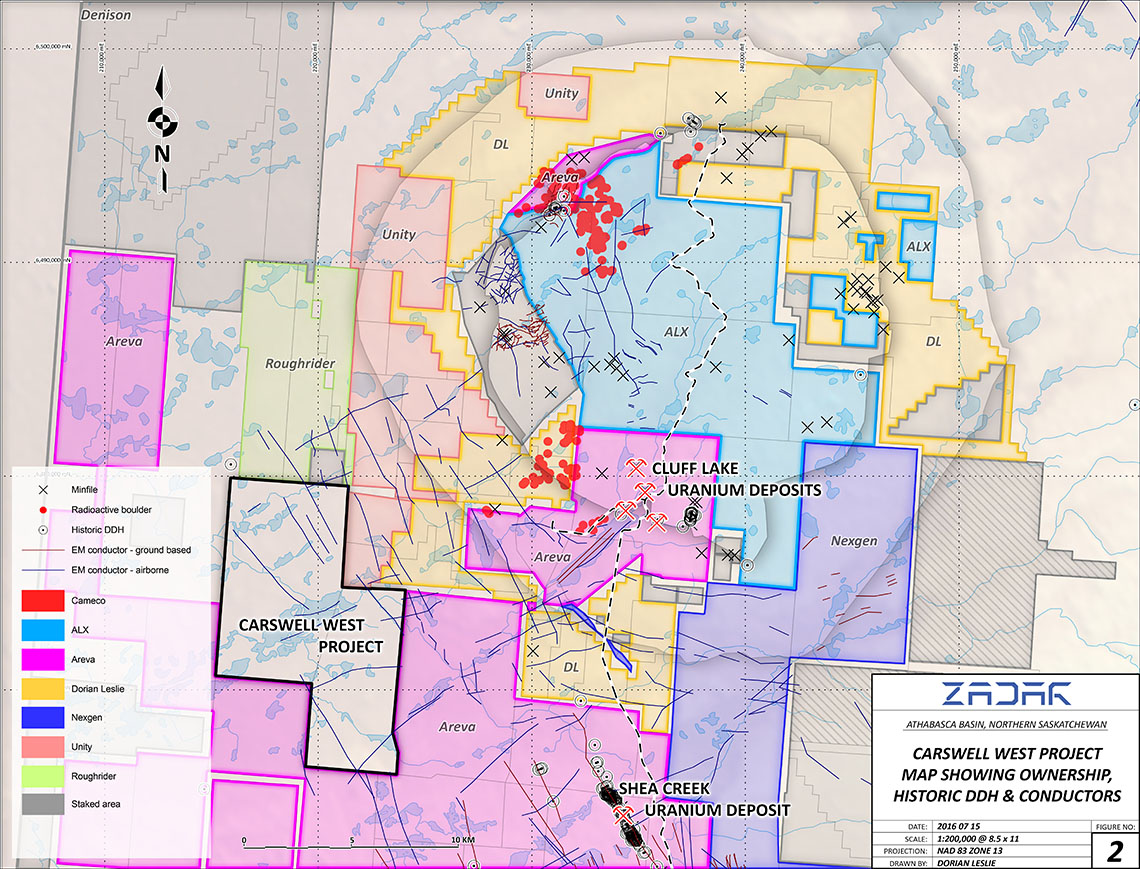